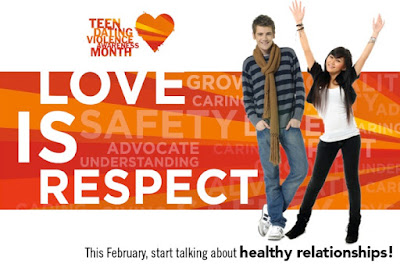 Every teenage girl dreams of meeting her prince charming and having a healthy loving relationship. However, this isn't the case for a third of teenage girls in a relationship. According to a study conducted by the National Domestic Violence Hotline, a third of teenage girls in relationships are abused either physically or mentally by their partners. This study called Love is Respect was conducted on US teenagers. The study also found that women aged between 15 and 25 were most likely to be abused by their partners.

Years ago, violence within relationships was something most people heard about through media. It's unfortunate that today, it has become common within society and is quite evident in social settings including neighborhoods and peer groups. The study led the National Domestic Violence Hotline to consider taking several measures to curb this vice before it got out of hand. In February 2015 the organization decided to set the month of February as the Teen Dating Violence Awareness and Prevention Month.

As the name of the program suggests, its main objective is to increase awareness about dating violence among teenagers and find preventive measures against the vice. Some of the suggestions provided to stop the spread of teenage dating violence include:

- Talk to teachers in your school

- Talk to your peers about having a healthy dating relationship

To get more information about this program, you can visit www.thehotline.org

The Threat of Teen Dating Violence
In most instances of dating violence, the woman is often the victim. One reason is that many women might not have the physical strength to defend themselves from physical abuse by their partners. Many realize too late that the relationship isn't healthy and that they need to end it. Even so, the abuse leaves the victim traumatized both physically and mentally. Most relationship abuse victims often find it hard to get into a healthy and loving relationship later in life. Interestingly, many men who abuse their partners do so during the early stages of the relationship. For the victim, there's no chance that they will have the opportunity to know what a healthy and loving relationship means.

Martial Arts Training as a Preventive Measure
Identifying the negative aspects of an unhealthy relationship and ending it is one way of ensuring that you save yourself from relationship abuse. However, preventing the abuse is much easier. Martial arts training can mean the difference between being cornered and physically abused and being able to defend yourself. There are different forms of powerful martial arts you can learn including karate and kung fu. The good thing about martial arts training is that not only will you learn how to defend yourself, you'll also gain self confidence to decide what is right for you in your relationship and have your say.

Learn Martial Arts for Self Defense at Bruce McCorrys Martial Arts Academy
Everyone should play a role in empowering victims of physical abuse. Since its inception, Bruce McCorrys Academy Peabody, MA has been at the forefront in helping abuse victims get their life back. If you've suffered abuse, only you can change the situation. Training at Bruce McCorrys Academy will not only enable you defend yourself, it will also change other people's views about you. You'll cease being the victim in other people's eyes.

The martial arts training at Bruce McCorrys emphasizes on principles of self assertion, self confidence and resistance. Join Bruce McCorrys this February and become part of the revolution against teen dating violence.

Posted by Bruce McCorry's Martial Arts at 10:16 AM