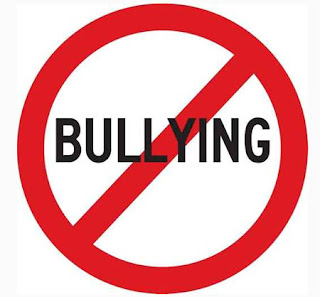 The National Voices for Equality, Education and Enlightenment tells us that every time the clock strikes seven minutes, one child in the US breaks down due to bullying. This is an appalling statistics. Perhaps even more terrifying is the realization that 96% of the adults and 11% of the friends do not find it necessary to intervene if someone is bullied. Together, this makes bullying – both real-life bullying and cyber bullying the most complicated problems of the school life.

Why it should be a Matter: The Need to Help Bullies and Victims
A wide range of causes have been pointed out as the root causes of bullying and cyber bullying. Studies point out that the personality, race, differentiating factors like appearance, sexual preference and disabilities can all make a child the victim of bullying. Though this demands concern and help from the society, unconditionally accusing the bullies will be as much problematic, as dysfunctional families, poverty, personality disorders and behavioral problems are the unseen villains that push kids to bully other kids. What eventually comes out from this is that both bullies and victims need help alike.

But why should it be a matter of concern at all? Unlike what many people choose to believe, bullying is not a normal part of school life that helps to harden up a child, neither is it something that helps kids to be confident tacklers of the real-life concerns that await them. Bullying and its more dangerous cyber version are deeply damaging social menaces that break the kids, sometimes the damage leaving a life-long impact. Among these are physical and emotional trauma, academic failure, inconsistent job profiles, troubled relationship status and increased suicide rates – terrifying consequences that await the victims and bullies who come out of a culture of intimidation.

Martial Arts against Bullying: A Helping Hand for the Victim and the Bully
Given that the actual rates of intervention are so low, the best antidote against bullying is something that will help the victims to fight bullying by themselves and help the bullies to know better. This is exactly how martial arts helps to fight bullying.

The pattern of instruction in a good martial art school like Bruce McCorry's Academy is an example. Children here learn through martial arts to be strong and confident, stand up for themselves and their friends, defend their opinions, embrace their differences and respond with a calm attitude towards challenges. These, coupled with a stronger and sharper physique, would help them to fight bullying. Bullies, on the other hand, learn the values of courtesy, respect and cooperation through martial art at Bruce McCorry's. It helps them to deal with emotions like anger, frustration, the will to dominate and predilection toward violence. Instead, Bruce McCorry's teach kids to be compassionate and friendly to their classmates and youngsters.