Pre-School Martial Arts for Your Superkid 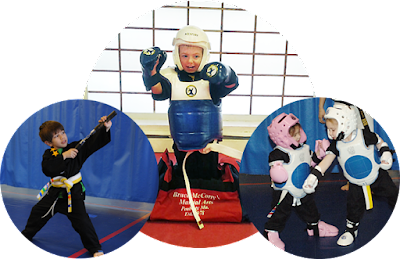 For ages, parents have been fixated on the image of superkids who are good at whatever they do - studies, sports, arts and so on. Recently, more extensive research in child psychology has shown that intelligence is of many kinds and an all-rounder superkid is just a myth. In the wake of these discoveries, it is time to understand that a child gets to be a true superkid when his/her area of intelligence is discovered at the right age and he/she is given all the possible chance to excel in that. If you are the parent of a superkid, now is the time to stand up straight and think of your child’s future. Because pre-school age decides it all!

The Right Guidance at the Right Age: The Importance of Pre-School Martial Arts

The pre-school age, or the years from 3 to 6 might sound a bit too early to introduce your kid to something like martial arts. But the cutting-edge research in development psychology tells us that the pre-school age is the most formative phase in a child’s physical and mental growth. Introducing them to child-friendly martial art programs under professional guidance can actually work wonders for them.

If there’s something which only martial art can do for your child, it is this: it gradually helps your child to discover his/her true forte and hone those skills. This becomes possible because martial art is one of those rare activities that address your child’s physical, mental, emotional and social skills. The beginnings of this can be realized in the pre-school age itself as these are the years in which your kid will show his/her first interest in something, whether it be intellect-oriented activities like puzzles, athletic activities like games or social skills like communication.

Helping your pre-schooler to develop interest in something is not the only benefit of martial arts. Apart from that, martial arts in pre-school age boosts your child’s health, immunity, cognitive skills, physical coordination and influences his/her thought-process in a positive way.

When we say that pre-school phase is the most volatile phase where your kid could be molded in different ways; this also shows the importance of choosing the right hands that can mold and guide him/her. Pre-school martial arts will be effective only if it is learned from those adept martial art instructors who have specialized in training children. That is exactly why you must choose Bruce McCorry’s Little Ninjas Program over other pre-school martial art classes.

Little Ninjas is different from the rest of the programs for a number of reasons:

It is time to say yes to Bruce McCorry’s so that your kids can have a super-future of health, happiness and success that you always dream for them.