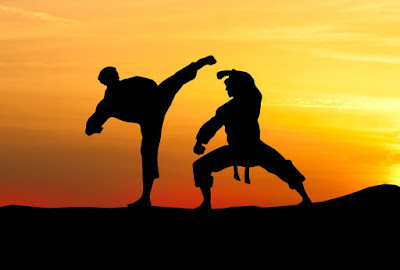 Kung Fu is a sought-after martial art choice for many children and adults out there. A popular martial art today, its lineage speaks of years of accumulated knowledge and perfection, which made Kung Fu what it is today.

The Past of Kung Fu: The Chinese Art of Perfection
Kung Fu is a martial art that has won the heart of 21st century learners, but it keeps alive at its heart the inherited wisdom of centuries. Stories on the origins of Kung Fu trace back its birth to the half-mythical Xia dynasty and the ruler Huang Di, who is believed to have promoted martial art-like activities as powerful self-defense skills for warriors. These many self-defense techniques supposedly got perfected during the subsequent Ming and Qing reigns, as it was a central part of their defense planning. These arts blended together to form a proto-art called Wushu, which later became today’s Kung Fu.

The interaction with Chinese thought systems, and the association with the renowned Buddhist monastic shrine of Shaolin Temple gradually changed Kung Fu from being an art of defense. At Shaolin Temple, which is still a hub of Kung Fu teaching and learning, the art underwent refining at the hands of Monk Bodhidharma, thus growing into its modern versions. This age also saw Kung Fu being transformed from the status of an aggressive warrior’s art, as it was infused with a strong philosophical base and a value system of its own. The many variants of modern Kung Fu, including Shaolin Kung Fu, are thus peaceful and transformative arts which can provide amazing benefits for a passionate learner.

Why Learn Kung Fu? The Benefits

Kung Fu’s growth from a warrior’s art to an internationally sought after martial art speaks volumes about the benefits it is capable of offering. New learners compulsively choose Kung Fu not without reasons:

Bruce McCorry’s Academy is a reputed martial art school celebrating its fortieth anniversary this year. It is spearheaded by Master Bruce McCorry, who got associated with Kung Fu early in life, and was honored by being a young international artist to perform at Shaolin Temple itself. Kung Fu lessons at the academy blend professional outlook with inherited wisdom, and work on an inclusive curriculum that fuses hand and weapon-based styles with philosophical heritage and meditative sessions. Live the perfection of Kung Fu at Bruce McCorry’s!