Verizon recently conducted a survey on children owning cell phones. The results showed that the average age for a child receiving their first phone is 111/2 years. Also, 95% of children with cell phones didn't receive any instructions or rules on how to use the phones from their parents. Such figures can be quite alarming given the dangers that come with minors owning a cell phone. 10 of the reasons kids shouldn't have a cell phone include the following. 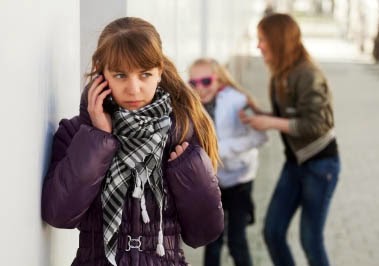 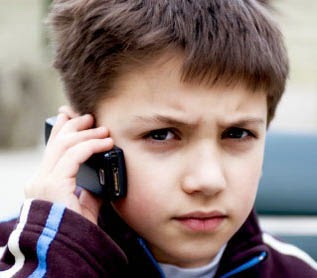 Owning a cell phone can lead to suicide
The Center for Disease Controls estimates around 440,000 suicide attempts involving minors each year. 1% of the attempts actually cause death. One of the main reasons children try to take their lives is cyber bullying which is more or less made possible by access to a cell phone.

Sexting is a reality
Cosmo Girl reports that 22% and 20% of teenage girls and boys respectively have sent nude or semi nude images of themselves using their phones. This is contrary to what most parents believe. Photos sent online can easily go viral and be accessed by people they're not intended for. Such photos landing in the wrong hands can lead to the child's humiliation and a tarnished image for the rest of their lives.

Arrest and prosecution
With the rising cases of child pornography, there has been a significant rise in the number of arrests and prosecutions. The law doesn't differentiate between adults and minors when it comes to these types of cases. A good example is of a teenage boy who was arrested and prosecuted for sending and receiving nude photos of himself and his girlfriend.

Early exposure to explicit content
A report published on CNN's website indicated that 17% of kids between 12 and 17 had received explicit content on their cell phones. The main reason for this is that their parents aren't closely monitoring the child's use of their phone.

An extra bill to pay
Buying your child a cell phone means you'll have to pay for their data bill. If you don't have rules governing how your child should use their phone, they're less likely to understand that constant texting and browsing means more expenses for you to pay.

Poor sleeping habits
The National Sleep Foundation reports that about 20% of teenagers wake during the night to receive an call or read a text. Minors want to keep in touch with their peers regardless of the time of day or night. Night time phone use can lead to poor sleeping habits which can negatively affect schoolwork.

Less communication
Majority of children who own cell phones will spend most of their time communicating through it. Their world practically revolves around the cell phone. This can hamper one on one communication between parent and child in the long run.

Costly replacement
Children are not known for being responsible especially when it comes to things they own. A cell phone can be easily lost. As a parent, you have to cover all expenses that come with replacing a phone like data recovery, shutting down previous network and getting a new number.Link to cancer Scientists have linked cell phone use to cancer development. In 2010 alone, about half a million new cancer cases were reported. Although there isn't sufficient evidence to prove cell phone use increases risk of getting cancer, it's not worth risking your child.

As a parent, you might be wondering what other ways you could keep your child busy. Martial arts training is probably your best choice. Besides learning self defense, your child will learn important life skills such as self respect, self confidence, self discipline and leadership. Your child will have a fun activity that will help them grow stronger and healthier. Martial arts training will help your child remain mentally focused and keep them away from distractions that come with owning a cell phone.  Enroll your child in a fun, free trial class today to see what Bruce McCorry's Martial Arts can do for your family.