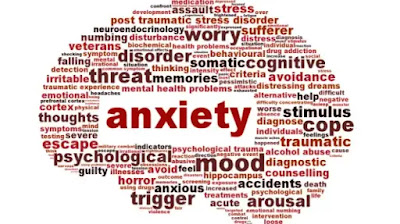 
A glance through the newsfeeds in the morning will tell us that we are living in a time marked by violence. If we look at the available statistics, though violent crimes showed a moderate decline from 2016 to 2017, still, US reported roughly 1.25 billion of such crimes in the last year alone - quite an alarming number when we consider that only the most aggravated crimes, such as murder, rape and assault, are counted as violent crimes in state’s parlance.

In spite of the freedoms that we talk about, our everyday lives are definitely marked by the anxiety induced by the culture of violence. To give concrete examples, Teen Vogue reported in 2018 that the recurring instances of gun violence are inducing anxiety and post-traumatic stress among a large number of teens in the US. Self.com noted in the same year how domestic violence is a major cause for anxiety, stress and PTSD among women. Living in the age of violence-caused anxiety calls for coping strategies which will empower and heal us at the same time.

Martial Arts to Cope with Anxiety and Stress
Living in these times means that as individuals, we will have to devise strategies of dealing with our own personal worries, and of fighting back in a moment of emergency. Martial arts is probably a good answer to this dilemma. As most people see it, martial art is not just about self-defense or fitness – it is in fact the only solution that will enable us physically and mentally to deal with the violence around us and the psychological damage it causes.

Posted by Bruce McCorry's Martial Arts at 11:30 AM