The Inspiring Stories of Two Champions - Meet Nico and Alfred

Wonders that Martial Arts can Work: The Inspiring Stories of Two Champions - Meet Nico and Alfred 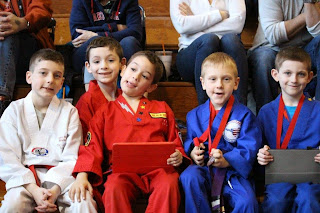 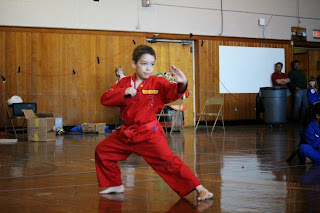 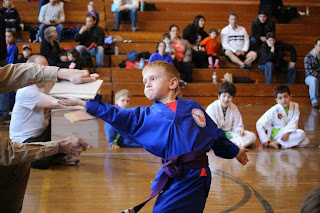 Every other place you go, you get to see write-ups that tell you what is right for your kids – what you should do for them and what not. In this maze of choosing the right life options for your child, the one option that actually stands apart and makes a true difference is martial arts. These true stories of two little champs from one of the finest martial arts school in Massachusetts - Bruce McCorry’s Martial Arts Academy - is an honest testimony of what wonders martial arts can do to your child.

Martial Arts to Show the Way: The Story of Nico
Nico was a pleasant, happy child as a toddler. However, until he was four, his life was more or less similar to the lives of other kids. Nico liked to spend a lot of time with his friends and his family. He liked cuddling with his adorable dog Mia and having his favorite steak tips and dessert. He loved his playtime as much as any other child, and enjoyed Minecraft and Laser Tag at Laser Craze. He had also shown a precocious predilection towards soccer and drawing as a toddler. 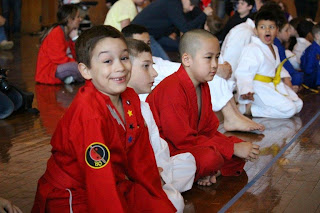 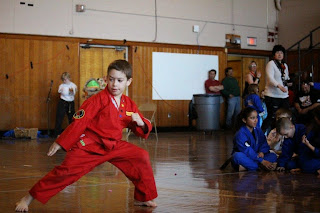 However, when he was four, something happened which changed his life and gave him a true vision of life. In May 2012, his parents enrolled him in Karate lessons at Bruce McCorry’s Martial Arts Academy. The very first day came with a surprise, as Nico broke a board in the very first class. His exciting first day instilled a confidence in him unlike anything else he used to do before. It made him feel like he could achieve anything if he truly wants it. Since then, martial arts has been his passion.


The young champ, who started off with the Bruce McCorry's Little Ninjas Program , has proceeded to the Junior Course and he is currently in the Afterschool Program. He is still the life-loving happy child he has always been, but martial arts have made him very persistent and hard-working. Within three years, Nico, who is a first grader now, has been selected for the Black Belt Recommendation program, advanced to basic training in weapons, and also works hard for the school. That’s a young winner-in-the-making!

Being Human, Being Champion: The Story of Alfred Nicoli
What martial arts have given to Alfred is equally surprising and inspiring. When little Alfred’s parents enrolled him in martial arts in January 2012, he was just three. Alfred was an active toddler with an overflowing supply of energy, and his parents thought this was the best option to channelize his energy. But their choice proved much more rewarding than they thought. 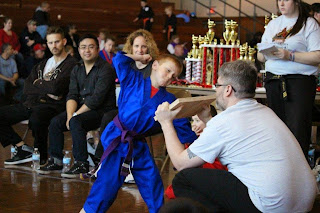 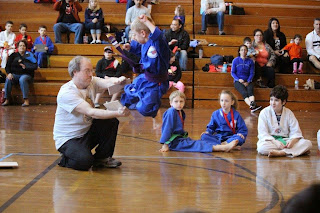 Within a month since the classes, Alfred had an injury to his right femur while playing at home, and was immobilized till May. His resilience made him walk again, though his leg was weak. He insisted on going back to Bruce McCorry’s, which the instructors and doctors agreed. Once he came back, the care of the teachers and his own willpower helped Alfred recover in just six months! This experience, and martial arts in general, made Alfred determined to achieve his aims, and compassionate toward others’ suffering. In the Kick-A-Thon fundraiser, organized by Bruce McCorry’s Martial Arts to help children of Saint Jude’s Hospital, Alfred strived hard and emerged as one of the best fundraisers. He cherished this more than the medals he won.
The next year, at the annual tournaments, he won a gold in breaking with the same injured leg! And when he was awarded a gold medal instead of a bronze one by mistake for another competition, the 6-year-old gave it back with a true sportsman spirit and was given a special award for his goodness.

What martial arts have made of Alfred is a compassionate, goodhearted, resilient child just as it made Nico a persistent hard worker with true goals in his life. Martial arts can do this and much more to your kids as well, but if only you choose it for them.

Transform Your Child’s Life: Bruce McCorry’s Martial Arts
There is one decision that the parents of these two martial art ninjas are thankful for in their lives: that is sending their kids to an organized and caring martial arts school like Bruce McCorry’s. As Nico’s and Alfred’s experience show, Bruce McCorry’s Academy tries to mold the students to human beings with a healthy body, determined mind and a sympathetic heart, not just martial artists who can fight. And this exactly what makes all the difference. Your children are who make your home and family special. Make the choice today!  www.brucemccorrys.com
Posted by Bruce McCorry's Martial Arts at 4:46 PM