Preschooler Martial Arts at its Best

How many times have you spotted your toddler imitating the thrilling moves s/he spotted in the last Karate movie s/he saw? All children, whether girls or boys, enjoy trying out the action moves they spot in television, movies and comics at least once in a while. This points to one interesting aspect in child psychology – how martial arts, and the moves associated with it, might appear to a child as a source of power, security and one’s own ability at one point of time. 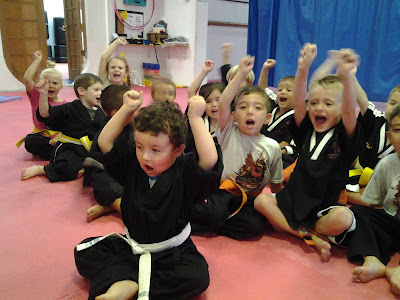 Do you want to realize your young champ’s dream? The safest and the most productive way for this is to choose martial arts lessons for them. Martial arts in a preschooler age have many more advantages than we usually understand.

Martial Art for your Little Ninja
Martial arts for Developing Coordination Before 5 years, a child develops physical coordination, motor skills and balance. Learning martial arts at this age can make them perfectly coordinated persons who are good at sports, dance, athletics and other fields which need body-mind coordination. They never make lousy drivers, as well! 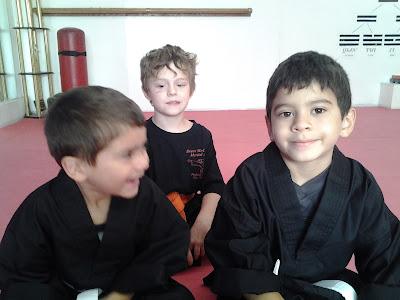 Martial Arts and Life Skills
As a preschooler, your child is about to be exposed to a new world of competition and bustle. Martial arts will teach them a lot of skills which will guide them through. Martial arts can instill in them self-confidence, punctuality, socially cordial behavior, mutual respect, the spirit of working as a team and orderliness. These values, once learned, will be always there for them. In their schoolwork, in the way in which they approach challenges in life, in their future relationships, the way the keep their family bonds – there is no field in their life where martial arts does not leave a mark.

Martial Arts as a Source of Empowerment
The young children, often psychologically associate with martial arts as something that gives them power, protection, self-defense possibilities and assertiveness. This is true for both girls and boys. Often, to a young child who learns martial arts, it becomes a space where they can actually prove themselves. The applause's and encouragement they get as youngsters give them a lot of courage to course their way through life.


While complex martial arts can be learned only at a later stage, whatever simple moves the kids learn at the young ages can greatly help them. It can be their asset in their future training, if they want to pursue martial arts as a hobby or profession. 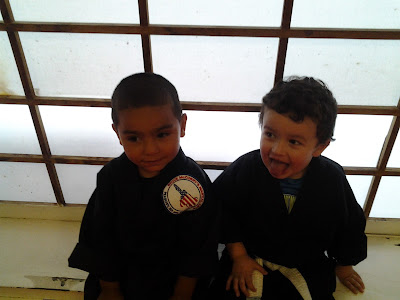 Preschooler Martial Arts at its Best: The Bruce McCorry’s Martial Arts Academy’s Little Ninja’s Program of preschooler martial arts is the best of its kind in Massachusetts. On one hand, it is a portal to the world of martial arts, for those who want to pursue it in their later life. Secondly, it is also a fun and productive course which can really bring about a positive and formative influence on your young toddler’s life. Little Ninja’s Program kindles the spark of martial art in every child, that would otherwise be just a phase in their life, in which they enjoy moves of action and eventually move on. Through the course, you can channelize this childhood interest into a positive force through your child’s life. Do it now and realize your little ninja's dreams. Call today- (978) 535-7878 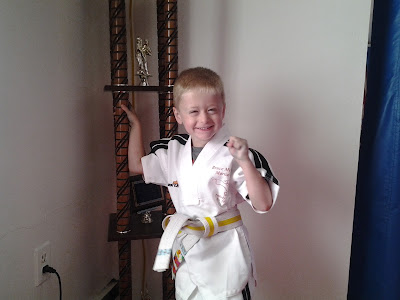