A Blast from the Past: Meet Ms Melissa MacFarlane from
Bruce McCorry’s Martial Arts 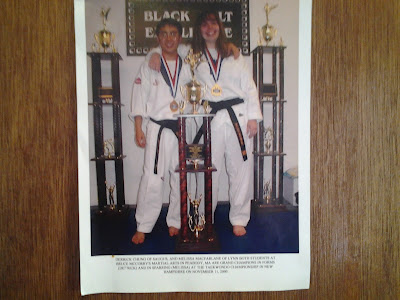 A Blast from the Past: The Story of Ms. Melissa


It was in 1997 that Ms Melissa first stepped into Bruce McCorry’s. Right from the beginning, she was a precocious learner of martial arts, proving her ability in whichever field she chose to practice. Her competency made Bruce McCorry’s choose her as the representative in many important tournaments, all of which she won with the ease of a professional martial artist, even at a very young age. At the academy, she also became the young vigorous leader of the Demo Team, something which the most efficient students achieve.


What she started as a young student, she did not quit in her later life. Through her high school years, and later when she went to college, and even after that as an adult, Melissa remained a constant presence and a motivating personality at Bruce McCorry’s Academy. As an adult martial artist, she found a great satisfaction in imparting the lessons of martial arts to youngsters and adults alike. Her expertise as a martial artist also became significant in starting the Afterschool Martial Art Program at Bruce McCorry’s. Today, the Afterschool Martial Arts (AMP) has grown into a course to which students from Massachusetts aspire to get into.


Fast Forward: From a Young Trainer to an Adept Artist
After a small break, Ms Melissa came back to Bruce McCorry’s with full force to be an inevitable presence in the faculty. Today, her profession is in the medical field and she's also established herself as an expert trainer at the academy. She enjoys the lessons she imparts, and loves each moment at the academy during her career in the medical field. She is a true, dedicated martial artist. 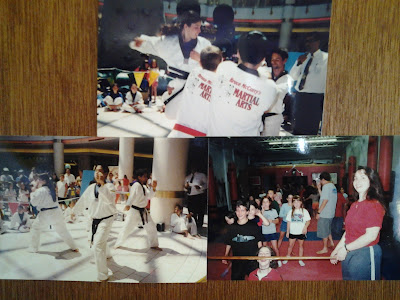 Martial art is something that often passes on from generation to generation. Today, her two children have made themselves at home at Bruce McCorry’s Academy, imbibing all the passion and dedication that their mother passed on to them. Just like her mother, Kiarra is already working hard toward achieving her Junior Black Belt, whereas little Lily has become a Little Ninja, enthusiastic about martial arts. Ms Melissa is proud of the institution which made her and is now shaping the life of her own children. And as for Bruce McCorry’s Academy, Melissa is a lucky presence, with whose help the children’s lessons have achieved great professionalism and fame.


Ms Melissa’s story is an inspiration of all those who want to make it large in the field of martial arts, and all those who want to see their children succeeding in their lives, achieving big dreams, and making their wishes come true, through martial arts. Perhaps, the story of Melissa can change your life, and make you think what you actually want for your kids. Make the choice today and make a difference!
Posted by Bruce McCorry's Martial Arts at 5:33 PM