The Importance of Exercise for your Kids: Karate - The Perfect All-Around Choice
Written by: Bruce McCorry's Martial Arts Academy 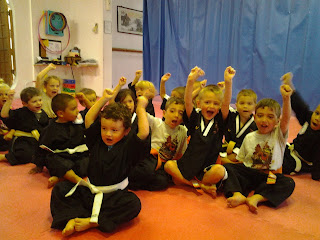 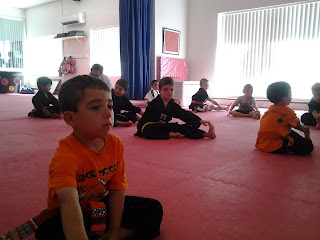 Exercise, Health and Happiness: The Need of the Hour
Considering the kind of hectic life that school going children lead these days, parents often have to deliberately choose what is right and healthy for them. As a parent, you might be quite at ease at organizing your child’s schedule. But setting up a rigorous schedule that incorporates entertainment and studies completes only a part of what a child’s body and mind needs. A healthy lifestyle, which enables your child to develop physically and mentally, becomes possible only when you incorporate engaging physical activities to his or her schedule.

But as parents, you might also know how difficult it is to get your youngster off the couch and get him/her to do some physical exercise. Often, regulating your kid’s schedule involves cutting back on a number of things that he or she may love – video games, television, computer or texting. Fitting exercise into these slots is not an easy task, as no child will be willing to sacrifice his/her happy time for something which they do not enjoy. Is there anything that you can do as parents?

Exercise For Your Kids - Karate, the All-Around Choice
This is where martial arts becomes the key to your child’s health and development. The great role martial arts can play in the health, fitness and immunity of children is a scientifically proven fact. One efficient example would be Karate. Experts and doctors unanimously agree on the potential of Karate in promoting child health. Karate can improve immunity against common childhood illnesses. It has been shown to contribute to long-term health as well. In the long run, learners of martial arts, Karate-learners in particular, show greater resistance to silent threats like hypertension and diabetes. Karate learners also show lesser chances to develop obesity in later life. Even childhood obesity can be checked to a great extent through Karate.

But perhaps the greatest merit of martial arts like Karate is that it is as much fun as it is efficient. Children who opt to learn Karate and other martial arts at Bruce McCorry’s Academy (Peabody, MA) often speak of how they find their martial art lessons as much fun as or even more enjoyable than the activities they used to do before joining Karate. Efficiency always lies in a person’s own motivation to be part of something. And that is why at places like Bruce McCorry’s Academy, we see kids returning to learn new courses and programs, simply because they enjoy the engaging lessons. There is no better way to motivate your child to do exercise than a friendly learning space.

How Important is Martial Arts?


It is not just important; it is also your responsibility as a parent to make sure that your child engages in healthy exercise for at least sixty minutes a day. A very recent study by the Center for Disease Control and Prevention maintained that around 18% of the children between 5 and 11 years of age suffer from obesity in the United States. May be this is not as much disheartening as the fact that the number of children who suffer from lifestyle problems like obesity are on the increase in the past years. The role played by lack of physical activity in this is very large. It is both the recommendation of doctors and your duty as a parent to choose the right healthy lifestyle for your kid, without excuses. Make the choice now!