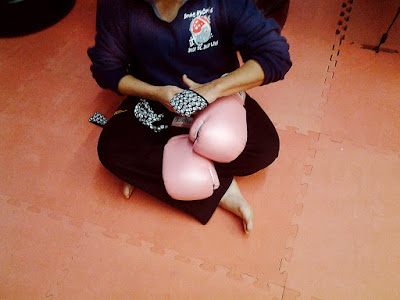 Breast cancer is the second most common form of malignancy that is seen among American women. All over the world, the month of October is observed as the breast cancer awareness month, aimed at spreading awareness regarding breast cancer, reducing the risk of life involved in the illness, and conveying the words of hope and happiness to the survivors. Thanks to the unrelenting effort of anti-Cancer medical activists, improved health and lifestyle facilities, more and more women are aware today that if you are above fifty, one mammogram in two years can actually help you to lead better, secure and happy lives.

The Potential of Alternative Cures: Meditation and Energy Healing
While honoring the great contribution made by modern scientific research and allopathy in identifying, treating and healing breast cancer, it is also wise to look into the great potential that some alternative or complementary healing practices like meditation and energy healing have in treating breast cancer.

The breakthrough in cancer research came with an influential paper by researchers from the University of Calgary, Canada in 2014. The team headed by Linda E. Carlson successfully argued that mindfulness-based methods like meditation and energy healing as well as the aid of support groups has a material role in cancer recovery. Out of the 88 survivors of breast cancer, subjected to study by the research team, those who took meditation and the help of support groups found differences at the cellular level, which was a milestone in their research.

Until then, these alternate healing practices were mostly considered just complementary to medicinal treatment. But this study and a number of works that followed in the last two years showed how mind-focus methods can physically enhance cancer healing at a cellular level. This is a developing area of research that has many more achievements still to come.

This aspect of mind healing in fact adds to the original potential attributed to these methods. While modern cancer treatment like radiation and chemotherapy are widely used and effective in many instances, meditation and energy healing support and motivate the patient through the treatment period. While the former places its focus on concentration, mind focus and calming of mind, the latter places its emphasis on regulating and concentrating bodily energy in specific ways to help the healing process. Thus meditation and energy healing both physically aids cancer recovery and also imparts courage, positive mindset and willpower to the patient.

Breast Cancer Meditation and Energy Healing Consultancy at Bruce McCorry’s Academy
Depending upon the nature of their condition, martial arts in compatible forms are often recommended by doctors for breast cancer victims and survivors. Bruce McCorry’s Academy has led many women back to life, health and happiness through effective and nourishing training methods.

Today, this endeavor of Bruce McCorry’s Academy to help victims to fight cancer is getting a new dimension in terms of meditation and energy healing. The academy now offers consultancy in positive energy healing and meditation techniques by Master Bruce McCorry, who is extensively trained in both. Bruce McCorry’s Academy is a space where you can redefine your life through positive methods of healing and recovery. It is also a space where mutual support, positive thinking and a healthy and safe atmosphere will help you in your journey.