Self Defense Classes for All Ages at Bruce McCorry's Martial Arts 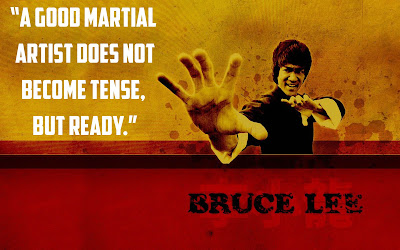 TRAIN WITH THE BEST MARTIAL ARTS CLASS ON THE NORTH SHORE!

It isn't today or yesterday that feminists of our country started talking about a rape culture that is in growth. A term once used to describe the fearful ways in which violence against women was normalized in a society has taken appalling dimensions in our contemporary reality. We have grown into what can be called an assault culture, where not just rape, but all kinds of violence and assault are on the rise and are legitimized. Without belittling the women's question, it is evident that children, teens, seniors and all other disadvantaged sections of the society are not free from the clutches of assault.

Self Defense: A Motto for Our Times?
According to Worldwide Sexual Assault Stats, one-third of American women have experienced sexual abuse at least once. Bureau of Justice Statistics give a more gender-neutral insight. It pitches the number of men and women annually raped in our colleges at above 65000. Childhelp.org places the number of child maltreatments between 4 to 7 every day. It was just five years back that Center for Disease Control maintained that around 4800 teenagers were victims of homicide.

The brief statistics above sketches a time when social spaces are getting riskier every day, and not many people have time for others. In such an age, the importance of self defense is more than what can be gauged. Because, everyone from the school going child to the senior in the safety of his/her home is in need of the art of defending themselves.

Martial Arts: The All-rounder Self Defense for the Entire Family
One self defense that can be easily picked up and effectively used by everyone in the family is martial arts. It is one of the most pliant of all self defense techniques that can adapt itself to the capabilities and aptitudes of those who learn them.

Martial arts builds physical strength, quick reflex response and confidence in its learners. Martial arts teaches you how to overpower assaulters and defend yourself in a professional and safe way. In the unofficial experiences and testimonials collected by martial arts experts, there is a considerable reduction in the number of abuse among women who have learnt martial arts. It teaches children and teenagers to fight back bullying and hazing. It also works for you by calming your agitated mind and giving you a calm composure in the face of emergencies.

Bruce McCorry's Martial Arts: Self Defense in its Professional Best
Bruce McCorry's Academy (Peabody, MA) is a martial art school with a history dating back to 1970s. We offer a wide range of martial art courses ranging across Kickboxing, Kung Fu, Tai Chi and Taekwondo that would build on your inner strength and courage. Bruce McCorry's Academy has both intense and soft martial art courses which you can choose depending upon your temperament, interest and ability. The academy also has popular children's programs that focus on building their confidence and strength. Bruce McCorry's Martial Arts, for children, is their primary course towards building a fearless and safe future. Adults and children can join individually, or as a family.

Ensure your seat and safety today to experience self defense-oriented martial art lessons with a professional touch.

Posted by Bruce McCorry's Martial Arts at 10:39 AM