The Importance of an After School Program:
Try Success with Bruce McCorry's Academy! 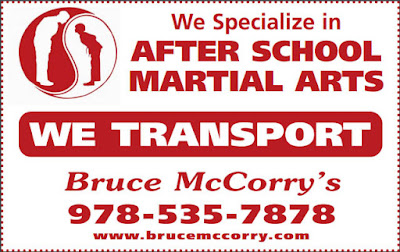 For most parents, parenting is an experience worth loving and cherishing. But if there's something which makes it a daily struggle and affair of concern, it is the worries of the safety and success of your children. Because their safety and success is so very important to you, it is fundamental that you should know about the dilemma that is after school hours.

The After School Dilemma: Why Parents Should Be Concerned
If you believe that the after school hours of your kids are not a matter of worry to you, you are still to know the facts. Several psychological studies and statistical data show why children should not be left all alone until parents return from their work. Children who spend hours alone in home could develop any number of problems from depression and habitual issues to electronic addiction and binge eating. Household accidents are also reported more during the after school hours.

The chances of kids spending their time in after school hangouts and streets are also not to be taken lightly. Street violence, bullying and assault attempts tend to touch the peak during these hours, and the less your child involves himself/herself with those the better. It is because of these reasons that child psychologists and education experts stress the need for an after school course.

The Other Side: the Constructive Use of After School Hours
Though every after school program can offer a safe sanctuary for your child in the after school hours, not every program can ensure the constructive use of those hours. That's where a landmark program like Bruce McCorry's AMP (After School Martial Arts Program) becomes different.

Being a course that has recognition at national level, the AMP effectively attempts to fit in martial arts and personality development into the after school hours. It does not burden your child with additional mental activity that can exhaust them after school, but it craftily puts together martial arts, activities, games, meditation and personality building, thus becoming a unique way to spend the time after school.

An after school program with a difference like the Bruce McCorry's AMP is worth trying out due to a number of factors. It awakens your children from the hours which they slog before television and video games and inspires them to do activities that are physically vibrant. There's nothing better to ensure a healthy and fit lifestyle to your child right from childhood. It is also shown that martial arts can be of use to the academic life of kids as it teaches them a wide variety of study skills, thinking skills and time management. AMP teaches kids how to be self-confident and speak up for themselves, values without which it is not possible to make way through a thoroughly extroverted culture like ours. The self-confidence, courage and defensive skills from AMP will help kids to deal with a wide variety of problems like bullying, stress and peer pressure.

Bruce McCorry's AMP is a popular program to which kids eagerly come every year. Along with the quality of the program, another factor which attracts young learners is the amiable atmosphere created by friendly and experienced instructors and encouraging peers and seniors. Because the safety your kids are the concern of the Academy as well, there are a number of additional facilities for those who want them. A highlight example is the transport from daily school to the academy at affordable rates. Bruce McCorry's After School Program is for all those who want to ensure the success and safety of their kids.

Transportation from the schools to the academy is also available as an added bonus!  Try Success with Bruce McCorry's Academy! Call today! (978) 535.7878
Posted by Bruce McCorry's Martial Arts at 7:28 AM