The Miracles of Tai Chi

Martial Arts as Therapy: The Miracles of Tai Chi 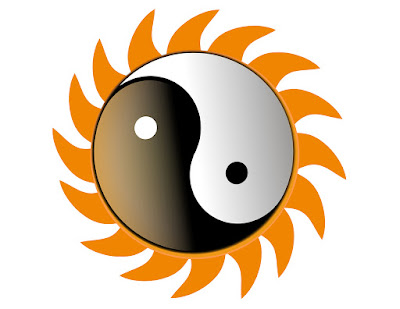 The Health Turn in the History of Tai Chi
When the martial art of Tai Chi was invented four centuries ago, no one would have expected it to work wonders with the kind of health issues that will plague a society that will live in the 21st century. This is exactly the wonder story that this martial art has to offer. This Chinese martial art, which was China's gift to the world, was born out of the heritages of Chen family in China. Nevertheless it achieved global success and took the world by storm with its amazing potential to be of help to modern medicine.

The Tai Chi Miracle: Working Wonders with Modern Medicine
It fell to the responsibility of a number of modern researchers who worked with the possibility of alternate healing programs for terminal and serious illnesses to unearth a face of Tai Chi that was yet not explored. This new research, at the break of 20th century argued that despite the numerous health, fitness and stress-relief qualities that are already attributed to Tai Chi, it has a strand within it which can be effectively manipulated to work with modern medicine. Once it was argued that Tai Chi could be a clinically effective form of martial art therapy, soon the research unearthed how it could benefit patients with Parkinson's disease, bone density issues, osteoarthritis and osteoporosis.

Martial Arts Therapy - Tai Chi and the Possibilities of Cancer Healing
For a long time, it was generally agreed that martial arts like Tai Chi could help survivors of cancer by providing them with courage of mind, strength of will and stress relief. But apart from being an alternate healing technique that can aid clinical medicine, does Tai Chi have a power of its own?

In the efforts of Bruce McCorry's Academy (Peabody, MA) to walk with the times in martial art therapy research, it was exactly this gem of thought that we stumbled upon. Recent studies by Linda Carson, University of Calgary illustrated the possibility of Tai Chi methods bringing about changes in the cellular functioning of cancer patients, which means that it could be one possible way of battling cancer. MD Anderson Center for Cancer Research and the Fudan University (Shang Hai) conducted elongated studies on cancer survivors, which suggested that practicing Tai Chi, or Qi Gong as it was called by these researchers, could bring about notable changes in the physical and mental difficulties such as sleeplessness, depression, fatigue and stress.

Holding Hands with Research: Tai Chi as Therapy in the Bruce McCorry's Methods
Bruce McCorry's Academy, which will soon celebrate its golden jubilee, is one of the long-standing and foremost martial art schools in Massachusetts. One of the reasons for the success of Bruce McCorry's Academy is the way in which it has incorporated changes and blended the best of tradition with modern research in these past decades.

Under the same impulse, Tai Chi lessons in the academy now also focus on the therapeutic merit of this art form for those who need that extra touch of care and taught by Master Bruce McCorry himself. Bruce McCorry's Tai Chi lessons attempt to work with meditation, martial art therapy and regular body movements to explore the clinical benefits of Tai Chi. Its method that seeks to recapture the qi (or the vital life power in Chinese tradition) from the art of Qi Gong is already changing the lives of its learners. Those who will benefit from that additional touch of care in their success story against illnesses will definitely find something in this program that will be of use to them.