Taekwondo Rio 2016:
Olympic Fever is Once Again in the Air. 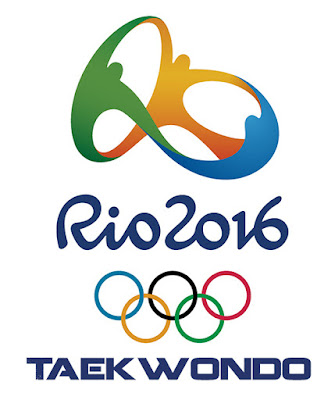 Enjoy a free trial today and see first hand, what Bruce McCorry's can do for you!  Go online at www.brucemccorrys.com or call today at (978) 535-7878

Olympic fever is once again in the air. Like every time, martial art lovers are looking forward eagerly for the Taekwondo event, which can be rightly termed the martial art highlight of Rio Olympics 2016. That Taekwondo is being considered a celebrated Olympic event this year has to be attributed to the sheer popularity it has acquired in the past few decades. This 2000-year-old Korean martial art had a spectacular journey into being a globally celebrated sport since 1950s. For a beginner who aspires to reach great heights in martial arts, Taekwondo is a desirable art to begin with and excel in.

The Taekwondo Journey: From Tradition to Glory
The birth of Taekwondo can be traced back to the cultural specificities of the Korea of 1st Century BC, which was a warrior society where physical might and combating skills were much valorized virtues. What emerged as a combat technique later gained philosophical strength through the influence of Buddhism and Confucianism. It refined itself as a martial art imbibing from rapidly shifting dynastic histories and later, Japanese occupation. The modern, refined form of Taekwondo was the result of the foundation of Korean Taekwondo Association in 1962. Taekwondo's first step toward global glory was the establishment of World Taekwondo Federation in 1973. The general martial art boom in the post-war era had brought to limelight the amazing potential of Taekwondo and it had embarked on a journey to win the hearts of learners in 206 countries.

Taekwondo became an extremely popular martial art in USA parallel to this. In International Taekwondo Federation's Grand Master list, 16 out of the 26 grand masters are from the United States. That so many of international Taekwondo veterans have hailed from USA or have chosen to settle in the country indicates an alternate history: how USA has come to be the unofficial hub of Taekwondo at least since 1952. This also indicates how USA could ensure the presence of four athletes in the Rio Olympics in an event like Taekwondo which is Asian by heritage.

Bruce McCorry's Taekwondo Lessons: How to Make it Big in Your Dream Sports
Taekwondo is one most potent arts where you can aim high and fulfill your martial art dreams. Even those of you who do not wish to take up Taekwondo as a chosen career can definitely benefit from this quick-to-progress martial art. It is not only easy to make quick, countable progress in Taekwondo, but it can effectively boost your health, fitness, self-defense skill, confidence level and attitude to life. It is also one of the most prestigious of global martial arts.

Bruce McCorry's Academy is one example of a long-standing martial art school with a professional approach to Taekwondo, where success comes almost naturally to the learner. The Academy with its nearly 40-year-old history is an early entrant into teaching Taekwondo in the US. Years of engagement has helped Bruce McCorry's Academy to refine Taekwondo lessons from time to time. Today, the Taekwondo program at the academy is a highly demanded course. Open to learners of all ages, the academy lets you explore the spirit and strength of Taekwondo in personalized ways. From beginners who want to get a taste of and enjoy the art, to aspirants who want to get the best of professional Taekwondo training to the highest degree, Bruce McCorry's Academy is your personal choice in Taekwondo.

Enjoy a free trial today and see first hand, what Bruce McCorry's can do for you!  Go online at www.brucemccorrys.com or call today at (978) 535-7878


For more on the RIO Olympics Taekwondo Schedule, visit: https://www.rio2016.com/en/taekwondo

Posted by Bruce McCorry's Martial Arts at 10:10 AM