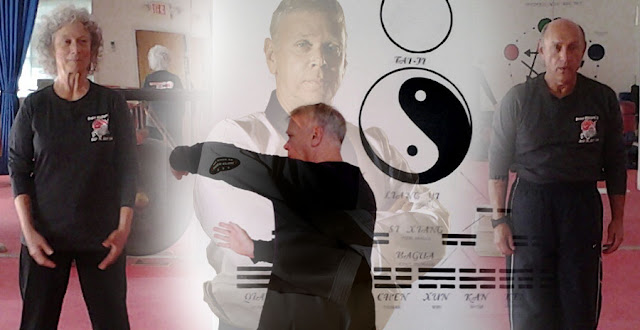 Tai Chi is one of the numerous forms and styles of Qigong, a globally loved martial art that made its way into every nook and corner of the world. Tai Chi is one of the martial arts that can brag the richest heritage as it has inherited the values of prosperous Chinese spiritual and martial traditions of Buddhism, Confucianism and Taoism. However, the reason why Tai Chi is so popular in the international martial art scenario is that there is something markedly modern in it. If the 21st century has a martial art of healing, Tai Chi is that.

The Clinical Miracles of Tai Chi: An Art that Can Heal
It has been two decades since doctors have started repeatedly associating Tai Chi with the terms healing and cure. The clinical and medicinal research in Tai Chi has pulled it right through centuries and recognized it as the therapeutic solution to many health problems that plague the 21st century man and woman.

The earliest research discovered that Tai Chi has great orthopedic healing capability as it can successfully combat osteoarthritis, osteoporosis and other issues related to bone density. For those who acquired bone-related conditions hereditarily and for millions of women who suffer from orthopedic conditions during menopause, Tai Chi came as a boon.

Soon after, Tai Chi was found to help neurological problems as well. A breakthrough discovery showed that the muscular difficulties that follow from neurological conditions like Parkinsonism can be improved through Tai Chi.

Cancer is definitely the most lethal of conditions that plague the 21st century humanity. Can Tai Chi be of help in our battle against cancer? For a while the possibility of Tai Chi being an addition to clinical cure was explored by scientists. This means that Tai Chi was found supportive in dealing with a number of additional concerns that affect cancer patients such as tiredness, lack of physical strength, mood swings, depression and stress.

Energy Healing in the 21st Century: From the Margins to the Centre
Can Tai Chi step from being an addition to being the cure itself? Its possibility doesn’t seem so far. A landmark 2014 study at University of Calgary indicates that energy healing programs like meditation, mind healing and yoga are not just additional healing practices that can motivate a person and support them through the main clinical curing process. On the contrary they can actually induce physical changes at the cellular level, which means that they have a potential to don the role of the main cure. What is true for alternate healing stands true for martial arts as well. For a clinically potent martial art like Tai Chi, this means a lot.