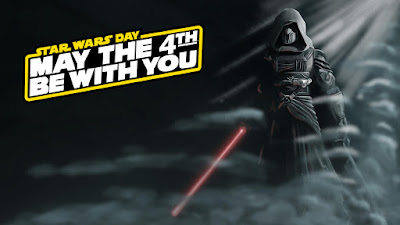 May the 4th is a day that you won’t easily forget, if you are an ardent Star Wars fan and follower. It is officially the Star Wars Day - the day dedicated to the franchise that you have been keenly following from perhaps your childhood. Like the Harry Potter fans who awaited their Hogwarts letter some time or other in their lives, it is the dream and desire of every Star Wars fan to imbibe the elegant and powerful moves of the Jedi Knights. Before you dismiss this dream of yours as a teenage whim, you must know that your Star Wars craze could point to an aptitude for martial arts that lies hidden within you. Because, as you might already know, martial arts were the major inspiration behind the creation of the strong, swift, sleek Star Wars characters, namely the Jedi Knights.

With Martial Arts, Being a Jedi Knight is No More Just a Dream
A lot of what you admire in Star Wars, such as the swift and powerful movements as well as the graceful and sleek action is actually indebted to martial arts. Most martial arts, with roots as old as three millennium, have contributed a lot to the warrior societies of yore in terms of fitness, strategy, self-defense and sharpness of mind. The martial art legacy is well evident in Star Wars. The sharp, quick, alert Jedi Knights are inspired from the legendary martial artists of ancient times and their myths. The glorious sequences on the light saber that you see in productions are inspired by the deft weapon training in some martial arts. Combat techniques with a lot of grappling, striking and movements too have their root in martial arts. To be a Jedi Knight in the modern sense of the term, what you need is just an elementary training in martial arts.

Martial Arts for an All-rounder Life: Awakening the Magic in You
Martial arts is not just about fulfilling the fancies of the fangirl or fanboy in you. There are a million reasons why you will never regret learning martial arts from a professionally acclaimed academy.

Through martial arts, you can be not just a Jedi Knight, but the superhero of your own life. And it is not as demanding as how it looks in Star Wars. At Bruce McCorry’s Academy, a prime martial art school in Massachusetts, for instance, you have options to choose from numerous martial arts: Kickboxing, Karate, Taekwondo, Tai Chi and so on. Some of these are strong while some are mild. Kids, women, men and seniors can pick up suitable programs and change their lives through martial arts.

Posted by Bruce McCorry's Martial Arts at 10:31 AM