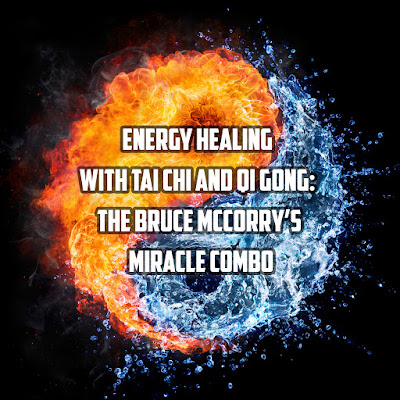 Tai Chi and Qi Gong are two variants of an Asian martial art form developed four centuries back in China. However, to the wonders of modern medicine, this ancient martial arts were shown to be carrying within them the key to unlock many of the dilemmas faced by 21st century medicine: lifestyle diseases and terminal illnesses. Bruce McCorry’s Academy’s (Peabody, MA) own attempt to combine the martial arts of Tai Chi/Qi Gong with the effective technique of energy healing has shown amazing results for those who battle different kind of illnesses. If you are fighting a health concern and think that nothing can improve your life, may be your answer lies in this miracle combo initiated by the Bruce McCorry’s martial arts team.

Clinical Benefits of Tai Chi-Qi Gong: The Magic Martial Art of Modern Medicine
Modern clinical research into Tai Chi/Qi Gong has discovered a number of clinical contexts where the martial arts can offer great help. General medical work on martial arts pointed out how they can broadly help with health, fitness and stress-relief, which holds true in the case of Tai Chi and Qi Gong as well. In addition, one group of researchers who examined Tai Chi/Qi Gong in particular as alternate healing systems pointed out that regular training in Tai Chi/Qi Gong can be structurally developed into martial art therapies that can help patients of Parkinsonism and bone-related conditions of osteoarthritis and osteoporosis. This meant that the arts of Tai Chi and Qi Gong can help seniors with physical and nerve-related ailments in more than one ways.

The breakthrough in the therapeutic research on these martial arts came with a study carried out by Fudan University, which argued that the arts of Tai Chi and Qi Gong are specifically useful for patients who battle terminal illnesses like cancer. It was found that these arts can help to deal with depression, stress, tiredness, pain and irregular sleep cycles all at once, which meant that many of the side-effects of treatment could be eased with the help of Tai Chi. Finally, Linda Carson’s project for the University of Calgary showed that the arts of Tai Chi and Qi Gong can bring about physical improvement in conditions like cancer by helping to alter cellular structure. These studies raised Tai Chi/Qi Gong into the supreme health martial arts of 21st century.

Unlocking the Miracle Combo: What Energy Healing Can Do With Tai Chi
An intriguing question that Bruce McCorry’s Academy took up was how Tai Chi’s clinical properties can be used to the maximum advantage of learners. The answer lied in energy healing, a rare art that helps to direct internal energy through meditative and physical movements in many ways. Given that the Chi/Qi in Tai Chi/Qi Gong stands for the vital life energy, Bruce McCorry’s Academy of Martial Arts now offers lessons in Tai Chi and consultancy in energy healing simultaneously. As proved by the example of many students who took the two together, it was found that the coupling of Tai Chi/Qi Gong and energy healing can prove life-altering because they cater to the mind and body of the learners alike.
For those who want to improve their health in general, and for those who want an effective aid in their battle against diseases including cancer, the miracle combo of Tai Chi and energy healing at Bruce McCorry’s can prove life-changing.