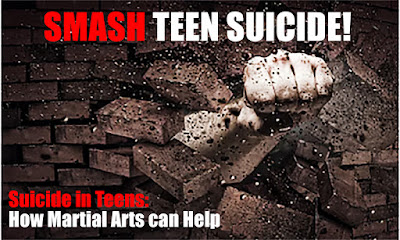 Teenage is one of the most turbulent of phases in anyone’s life. In the United States alone, 14.46 percentage of those between the ages of 15 and 24 years committed suicide in the year 2017 according to the American Foundation for Suicide Prevention, demonstrating to us the immediate need to pay attention to the concern of teen suicide in the country.

Teen Suicide: Reasons and Warning Signs
The increasing instances of suicide among teens need not really come as a surprise if we consider the amount of social, cultural and academic pressure that young ones are subjected to in this society. The institutions of family and parenting have a great role in making sure that a child’s formative ages are free of dysfunctional experiences, trauma or abuse, which is not always the case. Equally responsible is the educational system that puts inordinate amount of pressure on children in the name of academic and professional success. The classrooms, where bullying and peer pressure thrives, are not often the child-friendly spaces that provide children with the sense of security necessary for their holistic emotional growth. Once it is time for them to step into the adult world as teens, the consequences become evident as they find it difficult to cope up with academic pressure, handle relationships or deal with their emotions. Often this also gets complicated by conditions like depression and anxiety disorders, thus aggravating the chance of teen suicides all the more.

If you are the parent of a teenager or a teacher who spends time with teens, therefore it is important to look out for possible warning signs. Symptoms of suicidal tendency can vary among teens: it can manifest in the forms of anger, hostility, depression-like sadness and/or inaction, casual remarks about death, closing off from the external world, self-harming tendencies, eating disorders, sudden disinterest in matters that used to engage them once and so on. These are not exclusive warning signs of suicidal tendency, but it is better to watch out for other signs and get the advice of experts if you spot the above signs in the teenager you interact with.

Martial Arts to Prevent Suicide in Teens
Over the 40 years it has remained in the field, Bruce McCorry’s Academy of Martial Arts (Peabody, MA) has realized through its experience to that one healing mechanism that can considerably help teens with suicidal tendency along with therapy could be martial arts. Martial arts is one of those activities that can leave a physical, mental and emotional impact on youngsters in a positive way. As the martial art program for teens and adults at Bruce McCorry’s shows, martial arts work in several ways: it boosts confidence and study skills in teens thus making it easier for them to deal with academic stress. It helps teenagers to gain the emotional stability and strength necessary in sustaining healthy relationships. It can also make teens healthy and fit, thus solving body image issues and the stress emanating from being unhappy with one’s body and self. It is also a powerful self-defense, helping teens to stay clear from bullying or peer pressure of any sorts, and get over the trauma and damage instilled by bullying, abuse or other negative experiences in the past. If you are involved with a teen who shows symptoms that could lead to suicide, suggest martial arts to him/her and save a life.

Posted by Bruce McCorry's Martial Arts at 11:04 AM