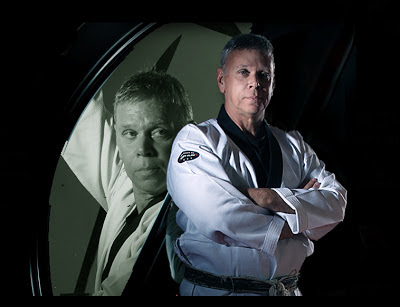 If you are someone who lives in and around Peabody, MA, and even remotely interested in martial arts, you must have definitely come across the friendly-looking campus of Bruce McCorry’s Academy that seems to attract hundreds of students, learners, aspirants and martial arts enthusiasts every year. However, did you know that this is also a site that has a distinct place in the martial art history of Massachusetts? Did you know that established in 1976 as one of the earliest martial art ventures in Massachusetts, Bruce McCorry’s Academy owes its four-decade-long success saga to someone who can be called nothing less than a living legend, Master Bruce McCorry?

A Life of Passion and Dedication: Master Bruce McCorry, the Martial Art Maestro
Brought up in Peabody since the age of 5, Master McCorry was hooked on to martial arts through the TV series Green Hornet which captivated his interest as a child. This led him on a martial art journey that took him to unparalleled heights in the field. Having enrolled to learn Uechi Ryu at Mattson Karate Academy, it might astound you to know that Master McCorry got to train under stalwart grandmasters of the time such as P. Chan (who taught Kung Fu to him) at a young age. His unquenchable thirst to try out new arts also took him to learn Taekwondo under Peter Chung, another known name.

Today, profit-driven martial art schools, which treat martial arts as no more than a commodity to sell, are born in a few days of time. Back in 1970s, when Master McCorry finally decided to open the academy, it came at the end of a decade-long martial art journey of passion and commitment. Having also qualified in Tai Chi by the 1980s, Master McCorry could have easily settled in as a qualified professional who can easily teach multiple arts, but his passion led him on a second journey that took him to heights of glory.

In the 1980s, he travelled throughout Asia—the cradle of martial arts—meeting grandmasters and experts, training under them, and finding himself among the first group of Americans to perform Kung Fu in its most coveted shrine and school, the Shaolin Temple. Returning to America, he continued to train under grand masters like Jhoon Rhee and expanding his expertise to new arts.

Vision Turned Reality: Bruce McCorry’s Academy
Among the many laurels that Master McCorry has won are the honor of 7th Dan offered by KukkiWon in Korea, an entry to the Hall of Fame for Martial Arts in 2002, and the title of Master Instructor which received in 2003, besides many other coveted titles and honors. Nevertheless, what Master McCorry considers his greatest achievement in his 55 years of training is the Academy which was born out of his determination.

At a time when martial art schools were not as common as they are today, the academy realized Master McCorry’s dream that there must be an institution to impart the great benefits of martial arts to aspirant learners out there. With a team of committed and learned instructors to back his vision, Bruce McCorry’s Academy is today a prime martial art school in the area, with a wide choice of programs, a friendly campus, and uniquely developed teaching methods.

If you are a martial art lover, never miss this honored school in your area with a legacy of four decades. Do visit Bruce McCorry’s Academy and experience history in the making.


Posted by Bruce McCorry's Martial Arts at 11:14 AM