KICK THE PAIN KILLER ADDICTION AWAY! 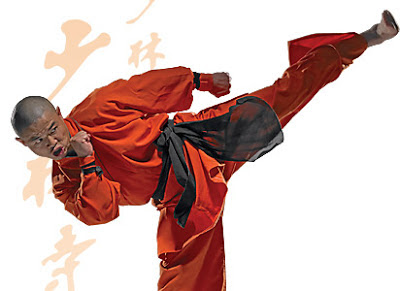 Looking back at the year 2016, it won’t be an overstatement to say that the word painkiller became quite a news maker. For quite a while, studies have pointed out the increasing cases of painkiller addiction among Americans, and this became a matter of debate last year. With this turn, it becomes important to discuss the ill effects of pain management systems based on addictive and dangerous coping mechanisms like painkillers and to think of alternate pain management mechanisms which are safer, better and healthier.

Mapping the Painkiller Addiction and its Consequences
The survey that made painkiller epidemic a matter of public debate was the 2016 Poll by Kaiser Family Foundation. A glance through the study shows that not everything is cool with America’s increasing obsession with pain relief medicines. An alarming 44% who took the survey certified that they knew at least one person who was addicted to prescribed pain medicines. It was further noted that more number of people found the opioid family, which includes painkiller medicines, a more serious threat to health than alcohol. It should concern us that more than 60% who took the survey felt that what the governments and prescribing doctors do to combat painkiller addiction is not enough. These voices are worth listening to, because it was only one year ago that CDC noted a four-time increase in deaths from drug overuse in the past fifteen years, matched by a similar four-time increase in the selling of prescribed painkillers. All these show that it is high time we thought of alternate pain management systems.

Pain Management through Martial Arts
There are several remedies put forth for the pain medicine epidemic by individuals and experts. Among them are getting medical staff and doctors trained in pain management, de-addiction treatments, awareness schemes, stronger and deeper research, as well as curbing the prescription and sales of painkiller medicines. But none of these address the core issue at hand: patients suffering from minor injuries to terminal diseases are badly in need of a system to curb pain, and once painkillers are out of the picture, we need a strong if not stronger alternate pain relief mechanism, which is healthy and free of side effects.

In the past few years, martial art was increasingly proposed as an alternate pain relief system for those in need. Testimonies and upcoming studies from different parts of the world show how martial arts help those whose threshold and nature of pain varies over a wide spectrum. This ranges from minor and temporary conditions of pain like injuries and muscular ailments to pain caused by chronic and terminal conditions.

A successful example of martial arts as a support for pain management could be seen at Bruce McCorry’s Academy in Massachusetts, a state which has not fared well when it comes to statistics on painkiller addiction. At Bruce McCorry’s Academy, the unique combination of martial arts, mind healing, meditation and physical training is used to energize the body and to becalm the mind. Gradually this leads to a lesser sensitivity and greater immunity to pain. Many successful examples like Bruce McCorry’s show how martial arts can be developed to a natural pain relief system - a potential alternate to the life-threatening painkiller syndrome.

KICK THE PAIN KILLER ADDICTION AWAY!

For each individual suffering from conditions of pain, martial arts is a sensible way of dealing with the struggle than painkillers as it provides a safe and healthy pain relief system instead.