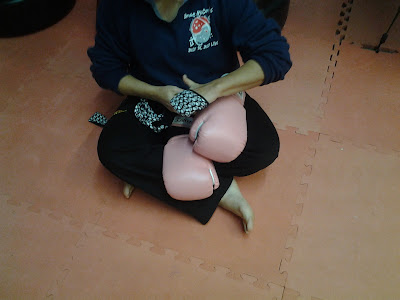 Cardio Kickboxing is quite a familiar name in the martial arts circles. Being a simple and effective martial art and workout, it has gained quite a number of followers in the past few years. However, this martial art, which has won the heart of enthusiasts after 1990s, is actually a century old.

Tracing the Tradition: The History of Cardio Kickboxing
The forerunner of Cardio Kickboxing is a group of ancient Thai martial arts collectively known as Muay Thai. Though it was practiced in Thailand from 1920s onwards, its fate was to be changed soon. Osamu Nogachi, a Japanese enthusiast of contact-based martial arts, developed a passion of Muay Thai in the late 1950s. He combined its elements with another one of his passions, Karate. From this fusion, Kickboxing was born, officially considered Japanese in origin.

Unlike usual martial arts which start out as self-defense practices, Kickboxing was considered modern and sport-like from the very beginning. By 70s, Kickboxing has made its debut in both Europe and US. The modernized feel of Kickboxing captured the attention of Frank Thiboutot, a legendary name in US martial art. His efforts to modify Kickboxing by enhancing its health benefits lead to the inception of Cardio Kickboxing in 1992.

The two decades – 90s and 2000s – were phenomenal for Cardio Kickboxing. The increase in the number of lifestyle diseases and increased health consciousness among people made Cardio Kickboxing the catchphrase. Even today, Cardio Kickboxing is a sought-after fitness mantra for those who want quick and intense results to their workout efforts.

The Healthiest of All: Cardio Kickboxing Benefits
Cardio Kickboxing mingles the genuineness of Muay Thai tradition with the health and fitness benefits of a professional workout. As the name indicates, this martial art is one thing that can keep your heart healthy and safe. It lowers hyper-cholesterol, regulates irregular lipid level and hypertension - the villains of cardiac health. It can bring under control even diabetes and obesity even though they do not pose a direct threat to cardiac health.
Cardio Kickboxing is also a key to fitness. Just an hour of Kickboxing reduces 800 calories, according to American Council on Education. It prevents future cardiac and fitness difficulties in kids. It can also quicken your reflexes, which are extremely beneficial for children.

In a person, mental stress is marked with lower levels of endorphin hormone. It is scientifically proven that Cardio Kickboxing can replace this hormone and thus help to ease stress. A report by American Fitness Professionals notes how Cardio Kickboxing is an intense workout that accomplishes much in the least time. If Cardio Kickboxing is the fitness craze of the times, it is only to be expected. 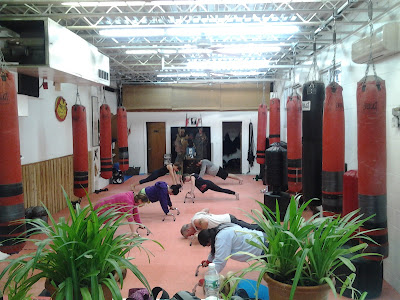 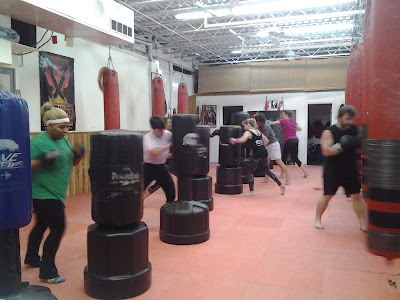 Learn Cardio Kickboxing in Massachusetts
Cardio Kickboxing is an art that is consciously developed, unlike some arts which evolved through heritage. It has specific formulas and customs, which are best learned from professionals. In Massachusetts, professional Cardio Kickboxing lessons are offered at Bruce McCorry’s Martial Arts, Peabody. At Bruce McCorry’s, Kickboxing lessons were started in 1996, just four years after the art was invented. Under the expert guidance of Ms. Sandra LaRosa, the course has grown to the largest of its kind in the North Shore. It can give you much more than what you expect. Enroll today and feel the difference! An opportunity for a free trial is available now.
Posted by Bruce McCorry's Martial Arts at 7:23 PM