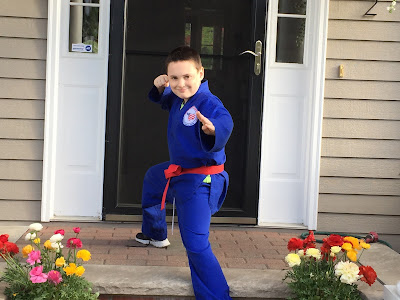 For Philip Oreto and his parents, the experience at Bruce McCorry’s has always been one of surprises. But the little surprises that the academy has given them have become the greatest molding forces in the life of Philip. Philip’s story is a testimony to the fact that being at the right place, in the right time, can change your life after all.

Philip and His Martial Arts Journey: The Beginning
Philip was just four, when his parents discovered that he might be having attention problems. At times, he appeared to be totally absorbed in something else, unaware of the world around him. At other times, he was active, vigorous, and inexhaustible. After a talk with the pediatrician, Philip’s parents came to know for the first time that martial arts are perhaps the right force he needed in his life. After a lot of reading and researching, and talking with numerous people with similar experiences, they were convinced that their child needs martial art. And thus began the journey of Philip. 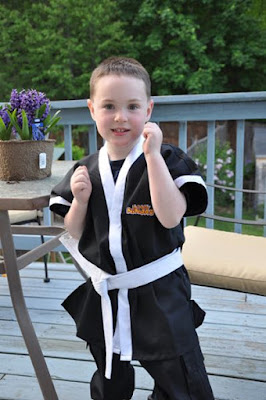 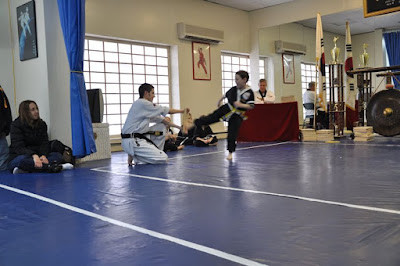 Finding the Right Place…
Even after having made the right decision, things were not that easy for the dedicated parents who wanted the best for Philip. They wanted a place where Philip can interact with kids of his own age, but no places for preschoolers held classes at convenient hours. Most of the classes they came across were either scheduled on Saturdays, or in early hours of the afternoon. And being working parents, dropping off and picking up at these hours were impossible for Philip’s parents.

Quite surprisingly, they came to notice a big red sign which stood along the way they commuted every day. And it announced a Little Ninja Program that was scheduled for two times a week, that too at five PM. There was nothing better for Philip, and eventually what his parents called one of the best decisions they ever made for Philip.

At Bruce McCorry’s: Finding the Right Path and Moving Forward
The staff at Bruce McCorry’s Academy treated him with care, and always encouraged and nurtured him. The achievements of other kids itself became a positive force in the life of Philip, and he gradually attained focus and the right direction. It was another surprise, when they saw that, martial arts became the one thing young Philip enjoyed of the many activities he was engaged in.

After two years, at a time when Philip and his parents were almost unhappy that he would not be able to continue at Little Ninjas due to entering the regular school, the next big moment came. They discovered the Afterschool Martial Arts offered by the academy, conveniently with a transporting facility from his new school at Malden to the academy. 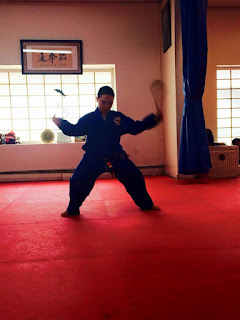 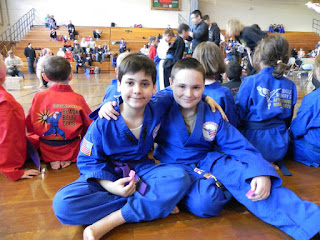 Today, at nine and a half years of age, Philip has achieved a red belt; he enjoys the tournaments, looks forward to weapon training. The overall atmosphere at the academy, and the individual care of the instructors and the love of his parents have made little Philip’s life. Today he hopes of being a trainer, something other children before him have achieved at Bruce McCorry’s. But above all, today he is a hard working young man, with many values in him, which Bruce McCorry’s Academy has taught him. Moving on with the hope of a new future, Philip is a source of encouragement to parents who want their kids to achieve the same.
Posted by Bruce McCorry's Martial Arts at 3:55 PM